Map of Vegetarian & Vegan-friendly US States 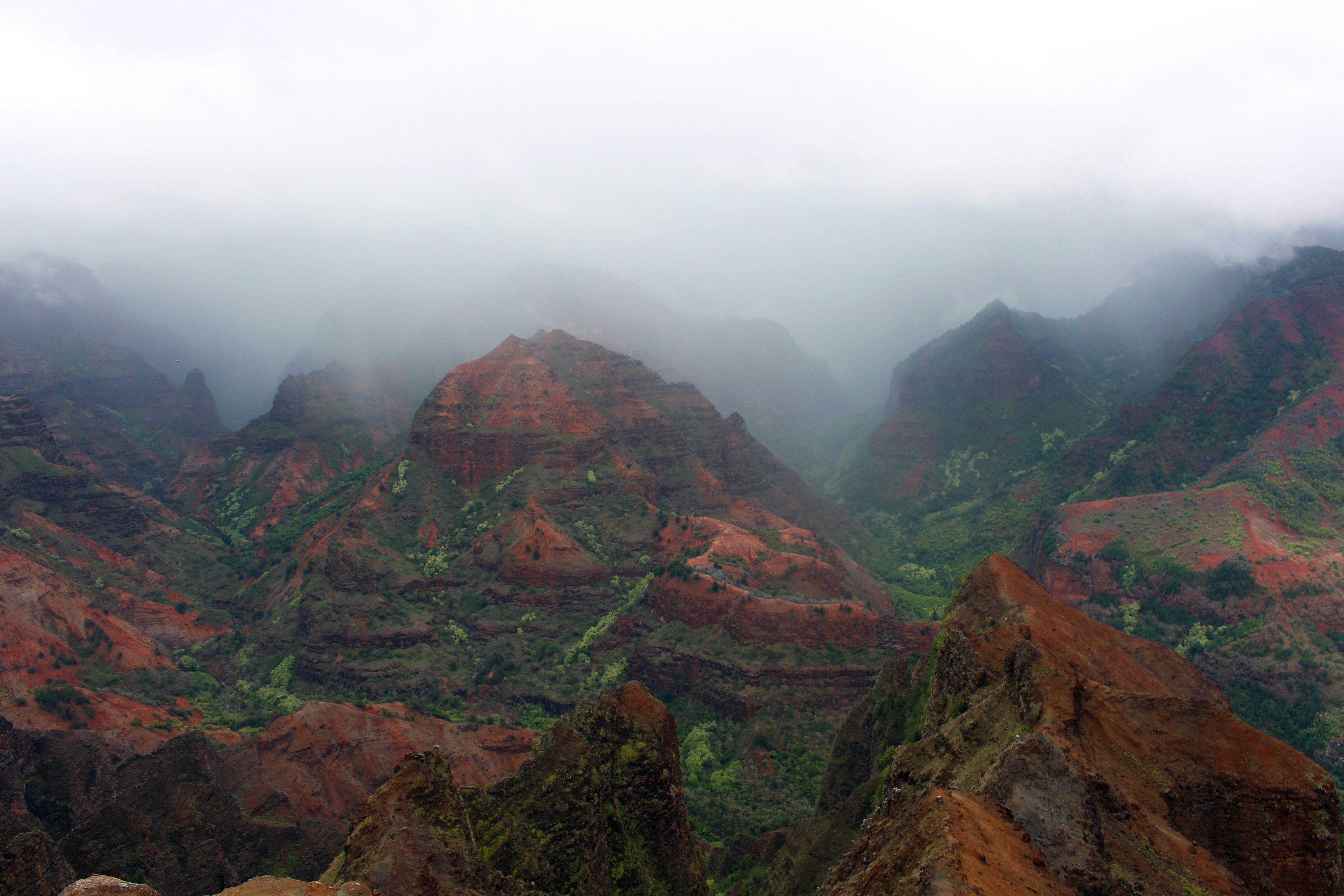 Last week, we ranked European countries by their ‘veggie-friendliness’ and saw an obvious east/west divide. This week we turn our hand to the US.

To rank US states we’re going to look at:

Using those figures I calculated the number of veggie restaurants per million people. The higher that number, the higher that state's 'veggie-friendliness'.

Green coasts with a red center

Out in front, we have Washington DC with 54 restaurants per million residents. Although, as DC isn’t technically a state we might have to give our top spot to Hawaii with a whopping 51.

At the bottom of the pile is South Dakota with slightly less than 1 restaurant per million residents.

See the map below: 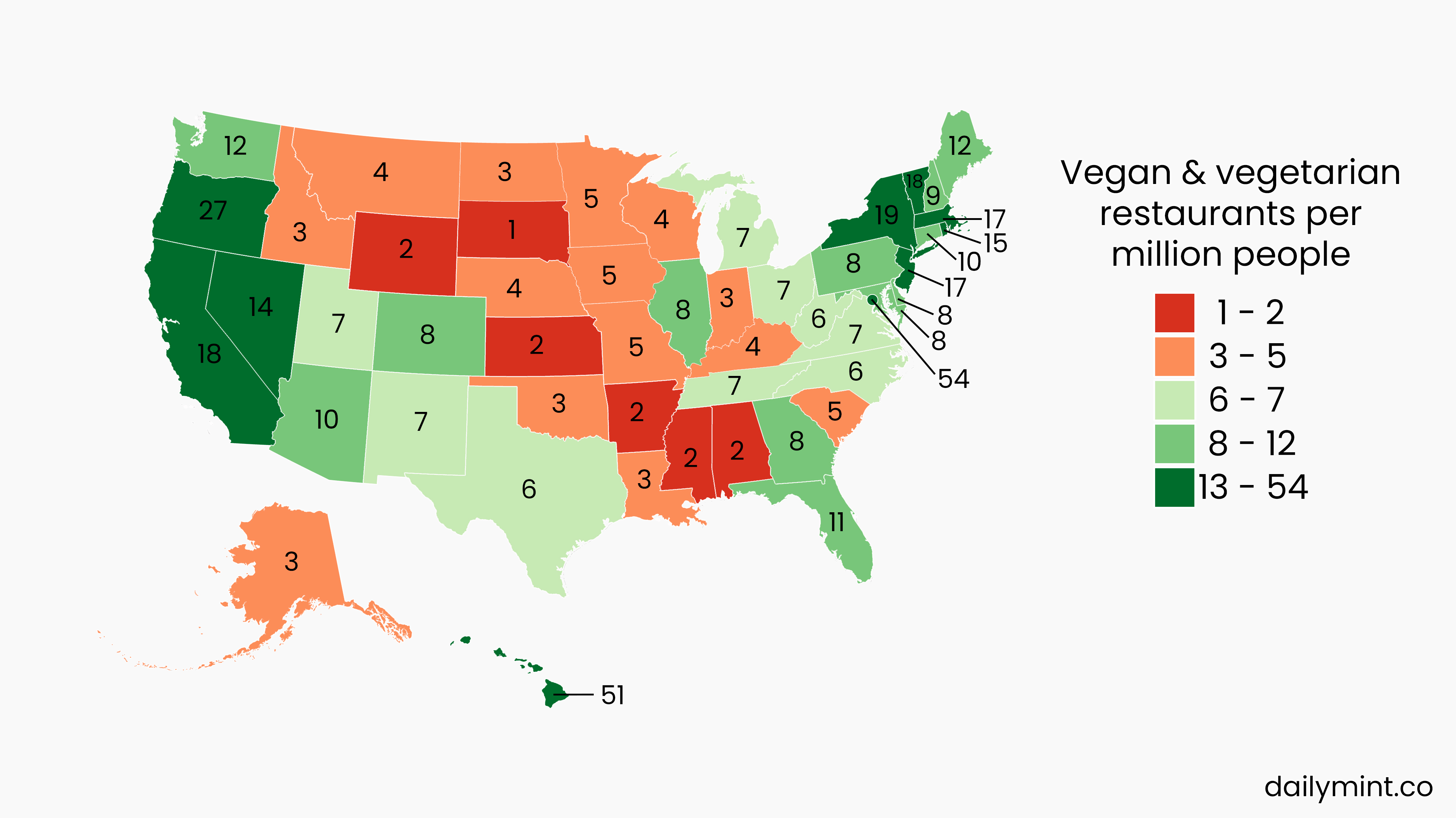 America has a bigger divide than Europe

Comparing the US map to last week’s European map, it's clear the US states are more divergent than European countries.

US states hit a higher number of ‘veggie’ restaurants per million at the top end and have a bigger concentration of states at the bottom.

In contrast, Europe has more countries in the middle.

Does that imply the central and coastal states are more divided than eastern and western Europe in other ways? Maybe. It depends on what you think the rate of veggie restaurants says about society more broadly. Which leads me on to the next thing that stood out when looking at the map.

Looking at colored US maps and talking about divides naturally got me thinking about the recent US election.

After a quick scan, it was obvious that the most ‘veggie-friendly’ states had voted democrat. So I picked a rough halfway point and colored every state with 8 or more veggie restaurants per million blue and those with less than 8 red. You can see the outcome below: 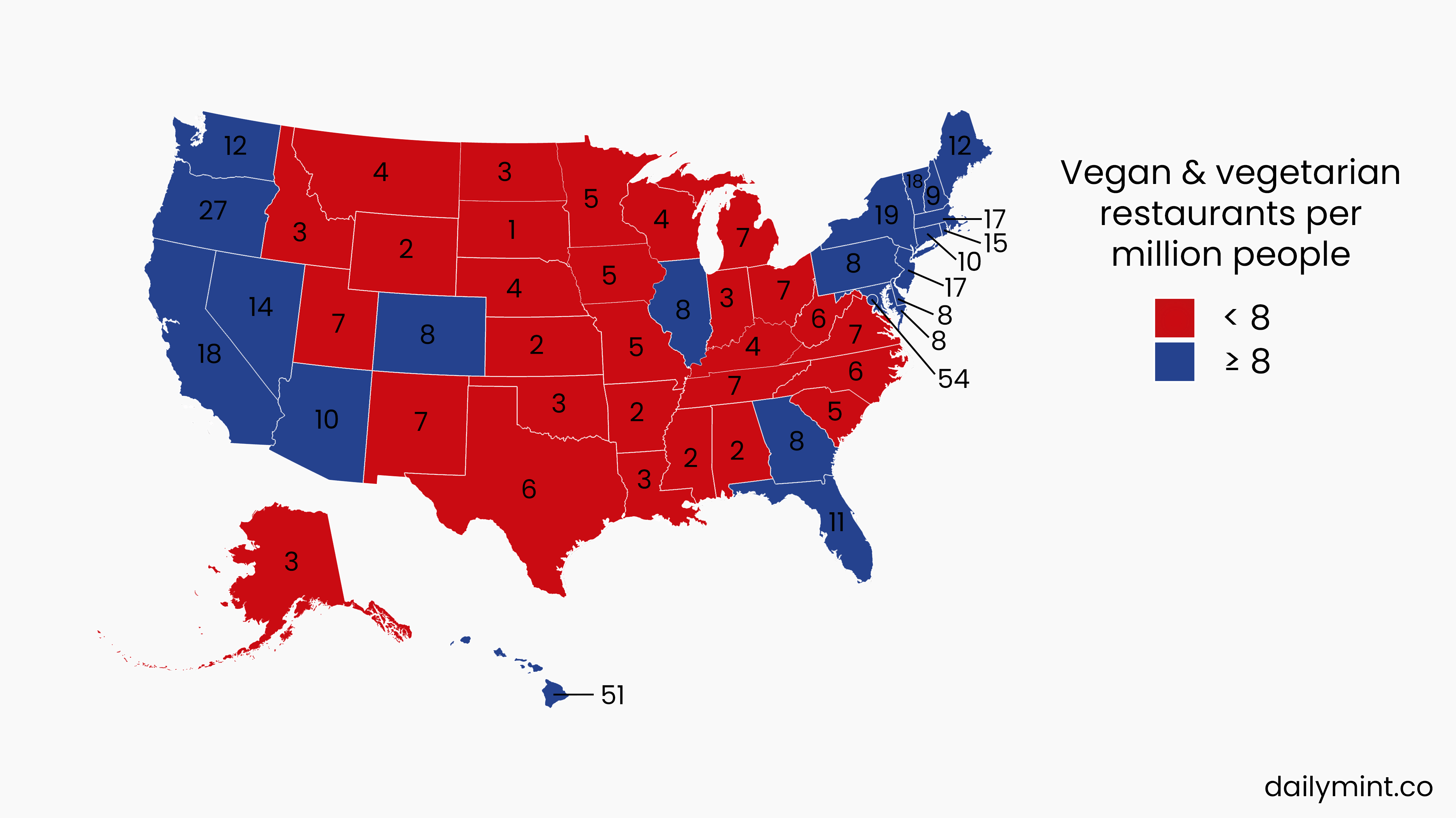 Pretty similar to the November 2020 election map! Not quite the same but an uncanny resemblance. So to win the next election do democrats have to just open more veggie restaurants? Or republicans find ways to close them down? It’s not likely that tactic will work for either side :)

If you’d like to dive deeper into the numbers I’ve copied the full table below: